The Michigan Water Polo Association administers high school water polo in the state of Michigan. Our sport is not currently sanctioned by the Michigan High School Athletic Association (MHSAA), but we conduct competition and activities according to most of the MHSAA policies and guidelines.

The sport of water polo has seen substantial growth over the past 10 years.  Doubling in participation since 2000.  The MWPA decided they would like to increase awareness and drive viewer interaction.  Who better to help out than VIEWDIA?  We provided webcasting services, custom graphics, custom portal, advertising options, crew, and post production for finished products. Some of the games were offered PPV while other were FFV. Our relationship began in 2011 with the MWPA Boys State Championship Tournament. Saline, and East Lansing, Michigan. 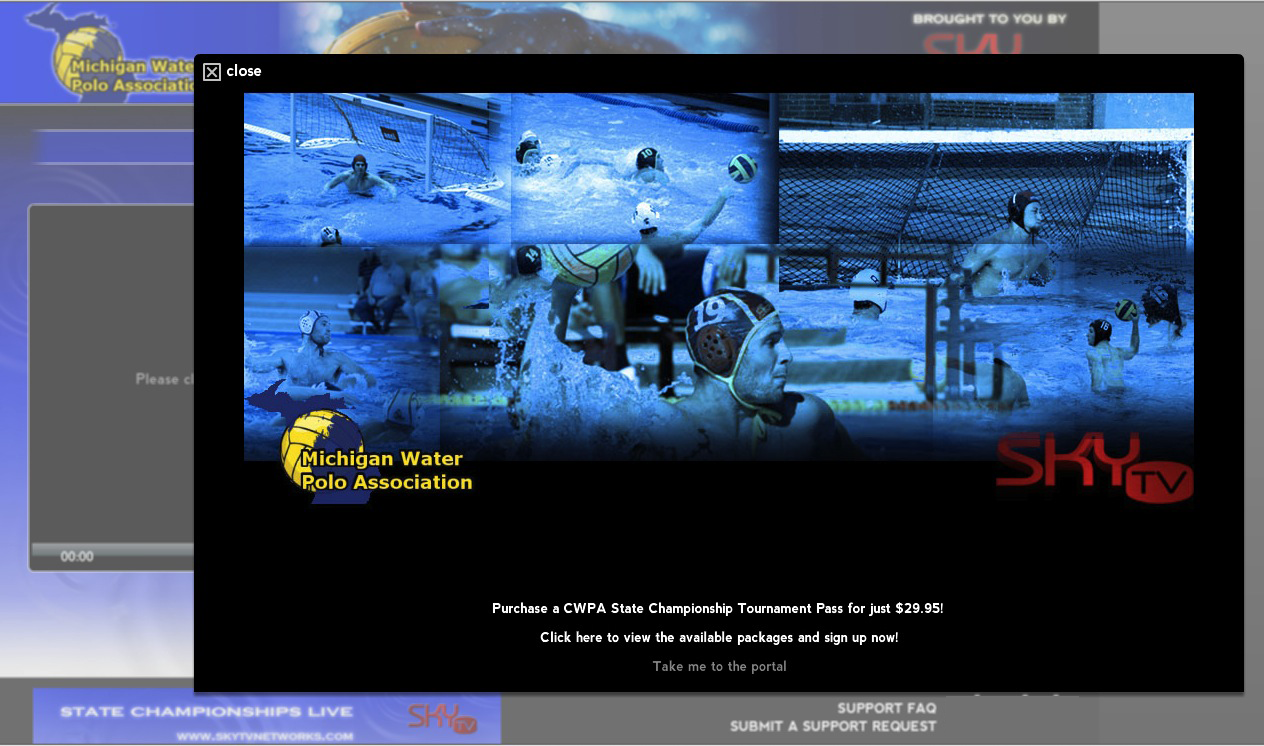